Service migration – how to do it well and successfully. Medonet case study

Service migration often becomes inevitable – sometimes forced by technological necessity, e.g., transferring to a more modern CMS, and sometimes dictated by business requirements – the brand changes, and hence the domain. Regardless of the underlying cause, SEO tends to be a key element of the migration process, as there is a genuine risk of organic traffic drop due to these modifications. That was indeed the case with the migration of Medonet.pl, conducted in January, 2020.

Since August, 2018, when the new Google algorithm was implemented, which evaluates health services, among others, in a particular way, Medonet, which is part of the RAS Poland group, has recorded continuous growth, thanks to appropriate optimizations of subsequent SEO specialists involved in running this brand.

Business assumptions of the project

In mid-2019, the Medonet team was tasked with moving the service to new servers and a new engine as well as a new publishing platform – Ring Publishing. This project was challenging because it assumed no loss of organic traffic, but any misstep could disrupt the upward trend that Medonet was experiencing at that time. It was also essential to adapt a new advertising network to meet advertisers’ needs.

Knowing the business significance of successful migration, we decided to establish an internal team of SEO experts, for whom Mateusz Mikoś – the Technical SEO Team Leader was responsible. At the request of the Medonet team, Whites Agency served here as an active observer of the migration process.

The client’s goal was to move service 1 to 1 while maintaining the existing structure without traffic loss, as well as eliminating any technological shortcomings that were blocking possibilities of service development towards new areas with business potential. The project’s priority was also to implement changes before a planned shutdown of servers, which at that time supported Medonet.

Time pressure – the biggest challenge of this migration primarily comprised external factors, such as a vision of shutting down the servers on which the service operated. This required that the Medonet team reconcile quality objectives with rigid deadlines. The time pressure became thus the most important motivator, but thanks to that, it was possible to prioritize tasks accordingly.

Content of the service – search results on health in recent years have been a category where huge changes in Google ranking algorithms have taken place. The visibility of individual services has often changed, so there was a real threat that the new version may not maintain visibility in organic results. Therefore, it was crucial to move the service 1:1 in order to eliminate the possible risk. 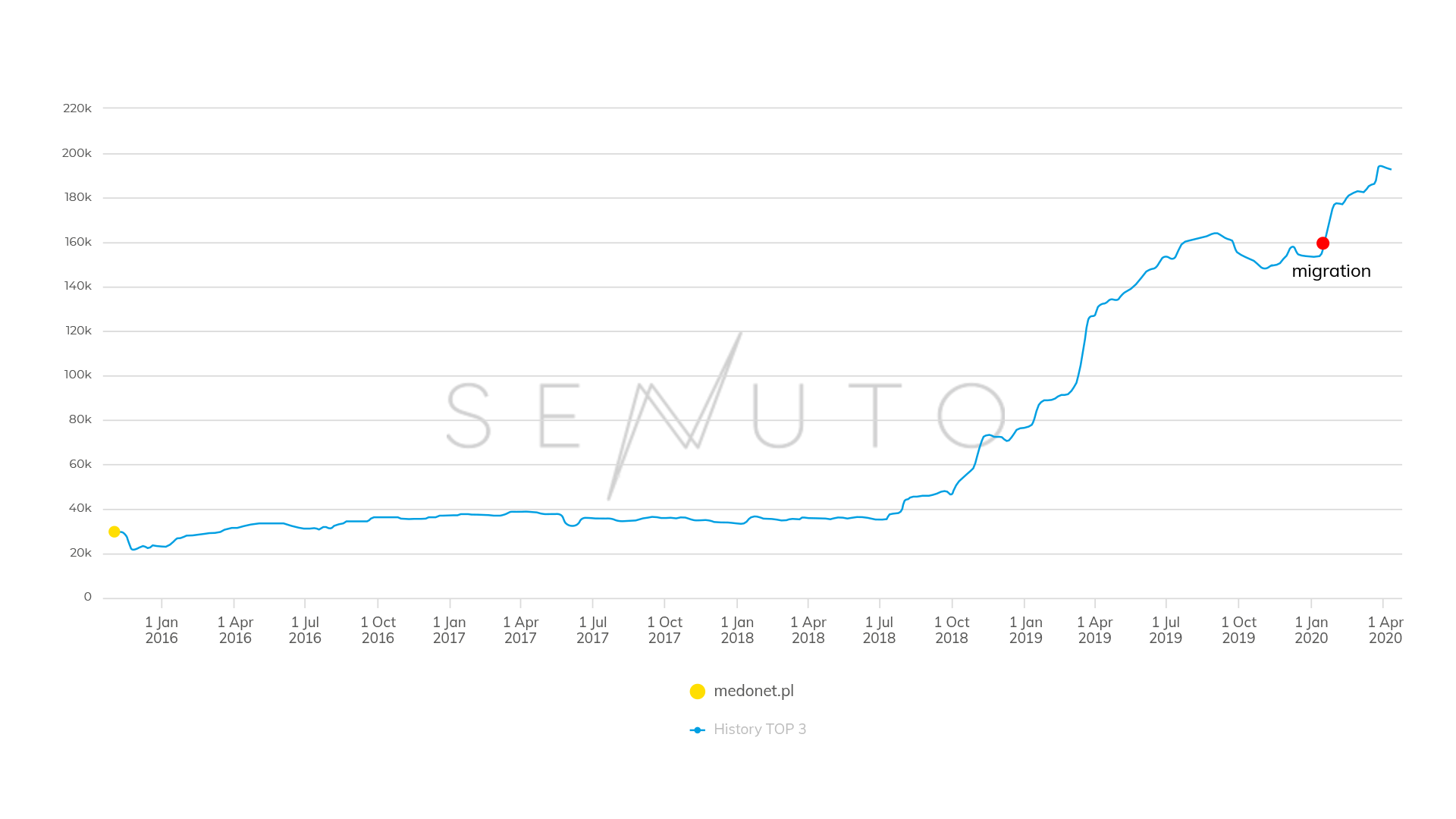 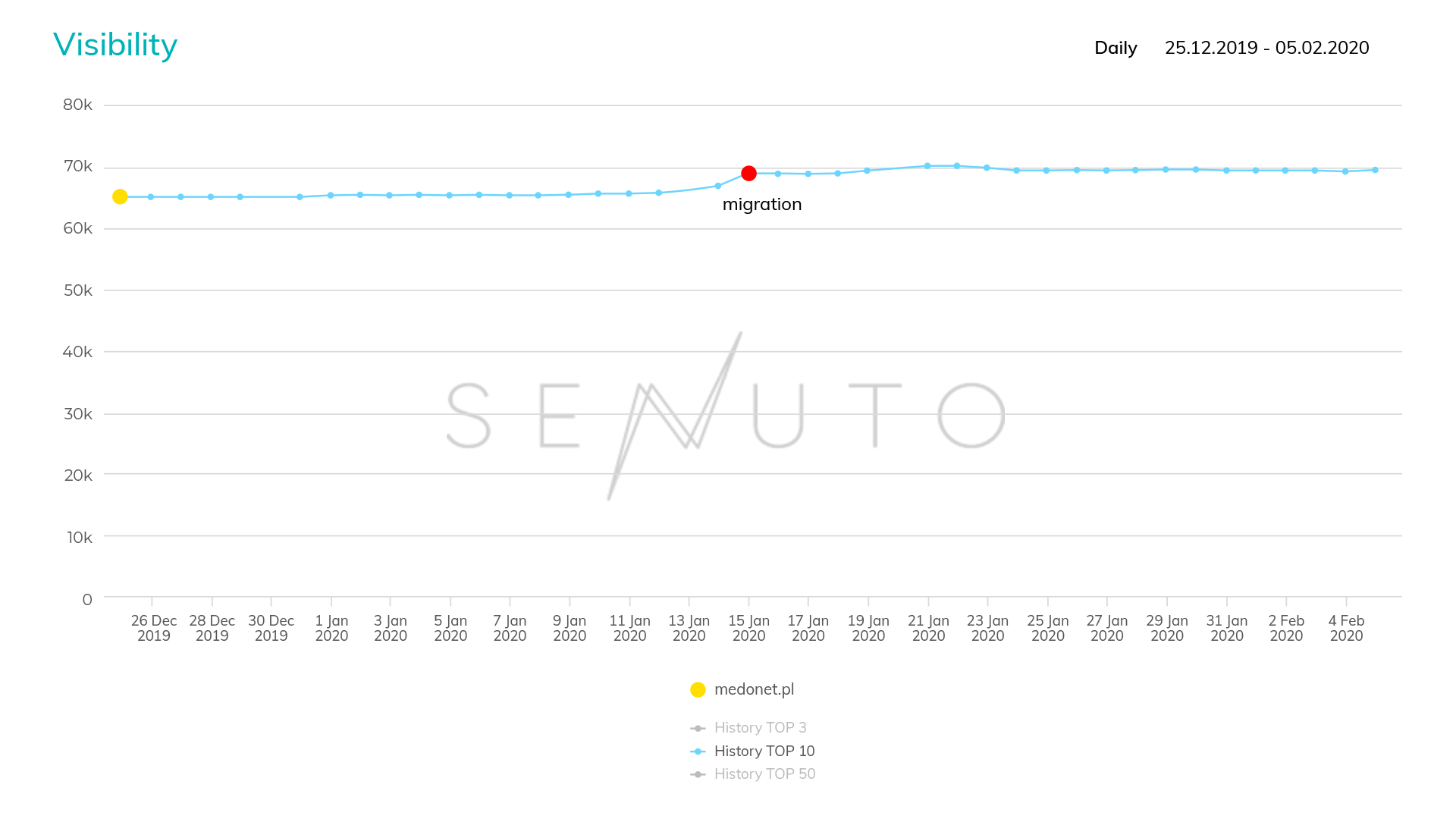 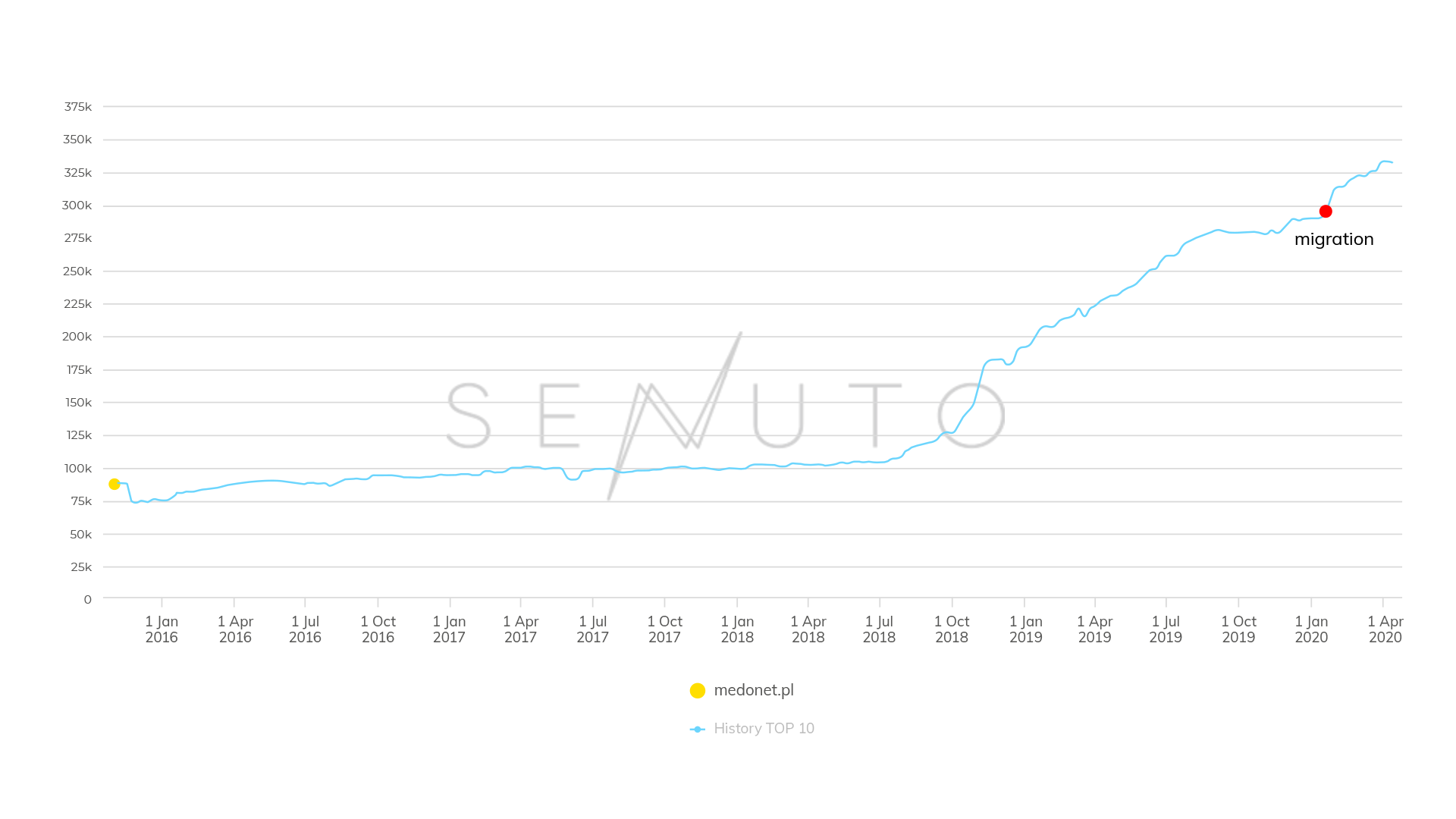 A three-week comparison before and after the migration shows an increase of about 5,000 keywords, which confirmed that the migration was carried out successfully. 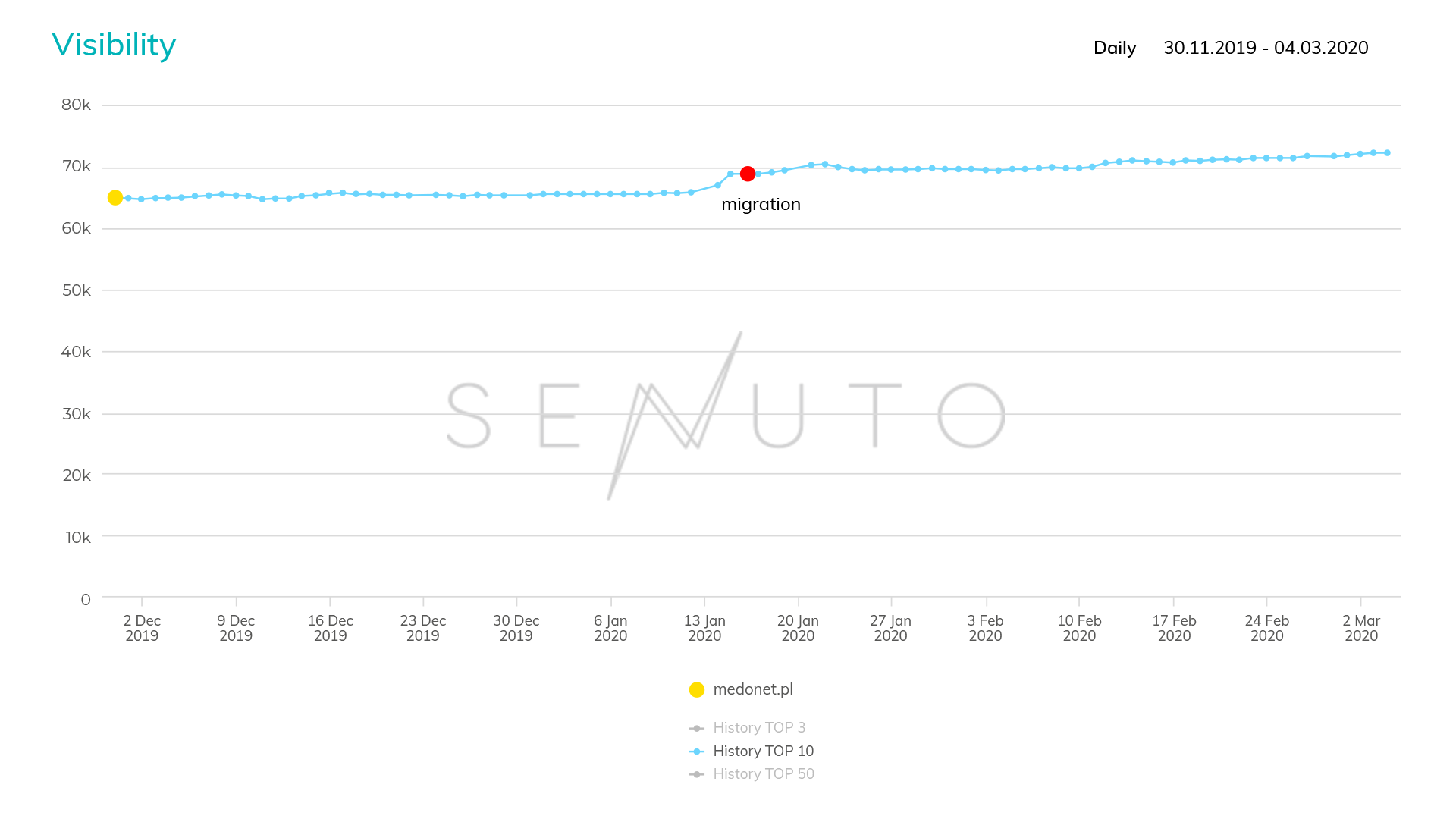 Moreover, comparing a longer period of time, we note that the upward trend persisted and the implemented technological changes allowed Medonet to gain a significant advantage over its competitors. 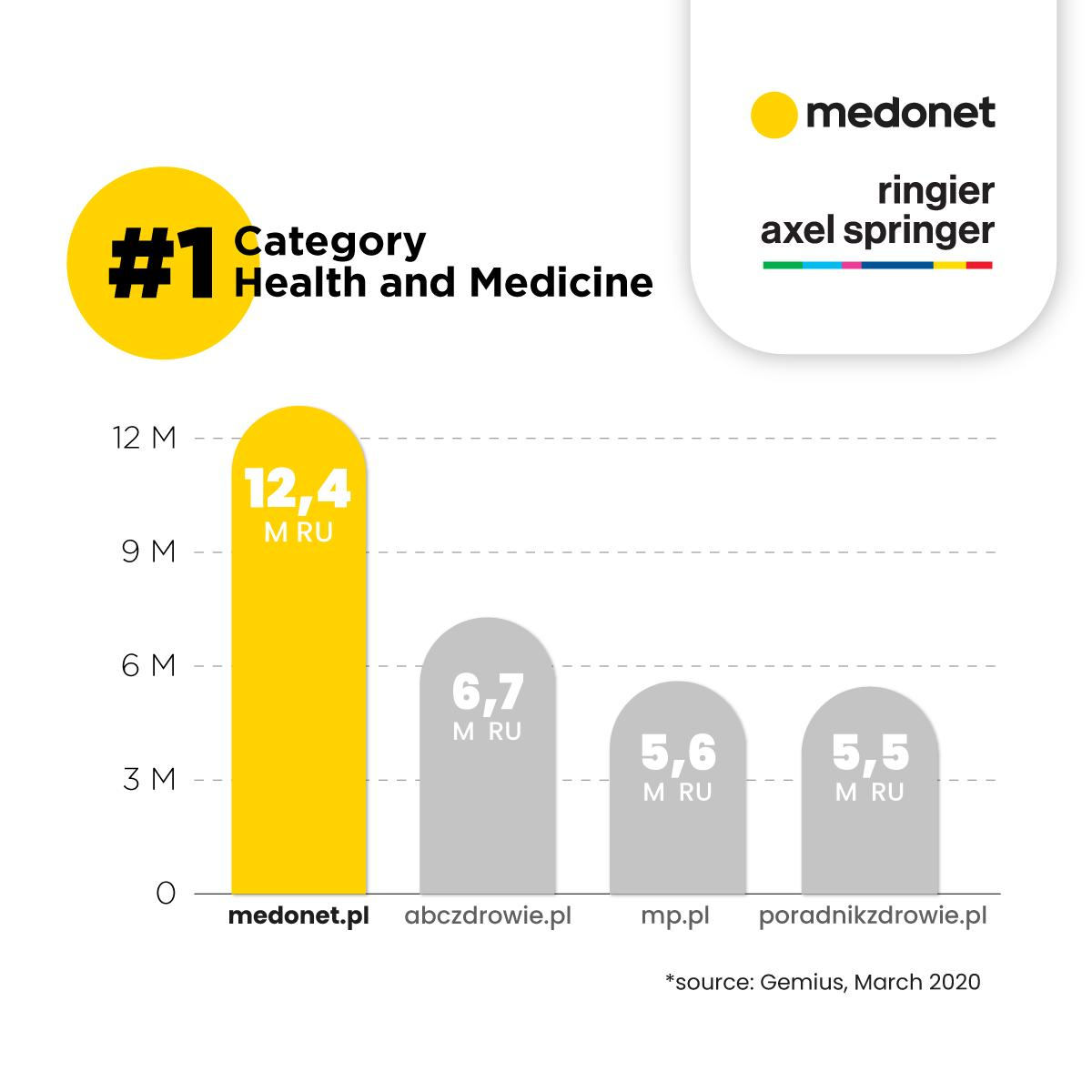 In March, 2020 the Medonet service was visited by 12.4 million unique users. Such a high number is mainly due to users’ increased interest in health issues related to the ongoing coronavirus epidemic in Poland and around the world. This outcome also proves that in these difficult times, Internet users are turning their attention to trusted sources of information.

The Medonet migration was carried out at a time when traffic on such platforms is in a seasonal upward trend. Additionally, the migration deadline coincided with the Google’s launch of a new version of its algorithm

Medonet’s success was driven by several factors. Both teams – both on the client’s and the agency’s side – emphasize that the cooperation was very dynamic, thanks to the tremendous knowledge and understanding of migration on both sides. This is also a result of excellent coordination by Diana Żochowska, Project Manager and Product Owner – Michał Dziwniel, and the committed RAS Tech development team.

Due to the business requirements, in this project we put a special emphasis on the detailed reproduction of frontal solutions – maximizing the similarity of the code structure and even naming the classes to match what they looked like in the previous version.

Replacing the old CMS system, with the missing technical documentation, to the Ring Publishing platform allows an easier, faster, and cheaper service development. It also positively influenced the speed of loading pages.

Our SEO side knew from the beginning what was crucial for us and that searching for the middle ground in such projects is not easy. That is why we prepared a list of threads we can let go of. It should be pointed out that our internal team showed a well-developed SEO awareness and was able to give way to SEO correctness in many cases, so in most cases there was no tug of war, but we could operate as one team.

Despite the duration of the whole project, we managed to keep the focus on the most important SEO issues all the time and I think that ensured our success. We were consistent in action and stuck to good assumptions.

The Whites Agency was tasked with observing the migration process and actively participating in weekly meetings where remarks and observations were presented together. By developing close cooperation and SEO-centricity, the cooperation went smoothly and differing views were discussed on the basis of each party’s experience, which enabled a broader view of emerging difficulties.

The Whites Team, whose work was supervised by Łukasz Żytko, supported the Medonet team by, among other things:

Close cooperation between the Medonet team and Whites Agency gave a superb result thanks to the commitment of all involved. The service proved to be exceptionally well prepared, not only for day-to-day challenges, but also this epoch-defining situation that we are currently witnessing. Grzegorz Malina, Patryk Fajger and Jakub Sawa, who worked for Medonet in the past, contributed to these successes. The record traffic and search results that can now be observed are mainly due to the increased focus on health issues in relation to the coronavirus epidemic in Poland and the rest of the world. The fact that, in difficult times, users turn to trusted sources is equally important. Nevertheless, thanks to the migration, the Medonet service and its editorial team were fully prepared for the new reality. The appropriate prioritization of SEO activities confirmed that the business value of such an implementation is enormous. The Google algorithm and internet technologies are constantly evolving, so further migrations are inevitable.

You need a partner
in digital reality? 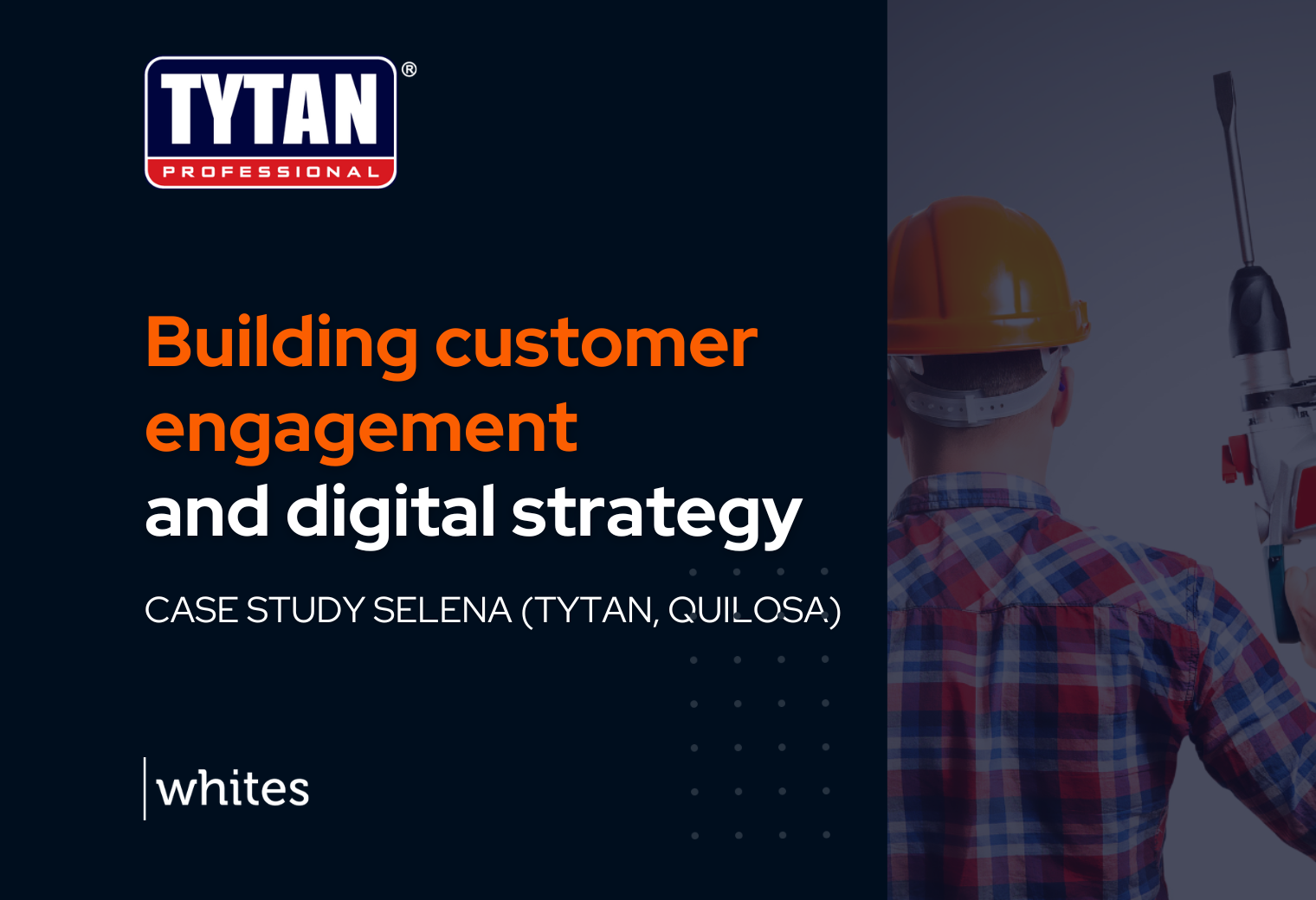 3,654 conversions despite the pandemic challenges for the cultural industry. Campaign for Muzeum Pamięci Sybiru 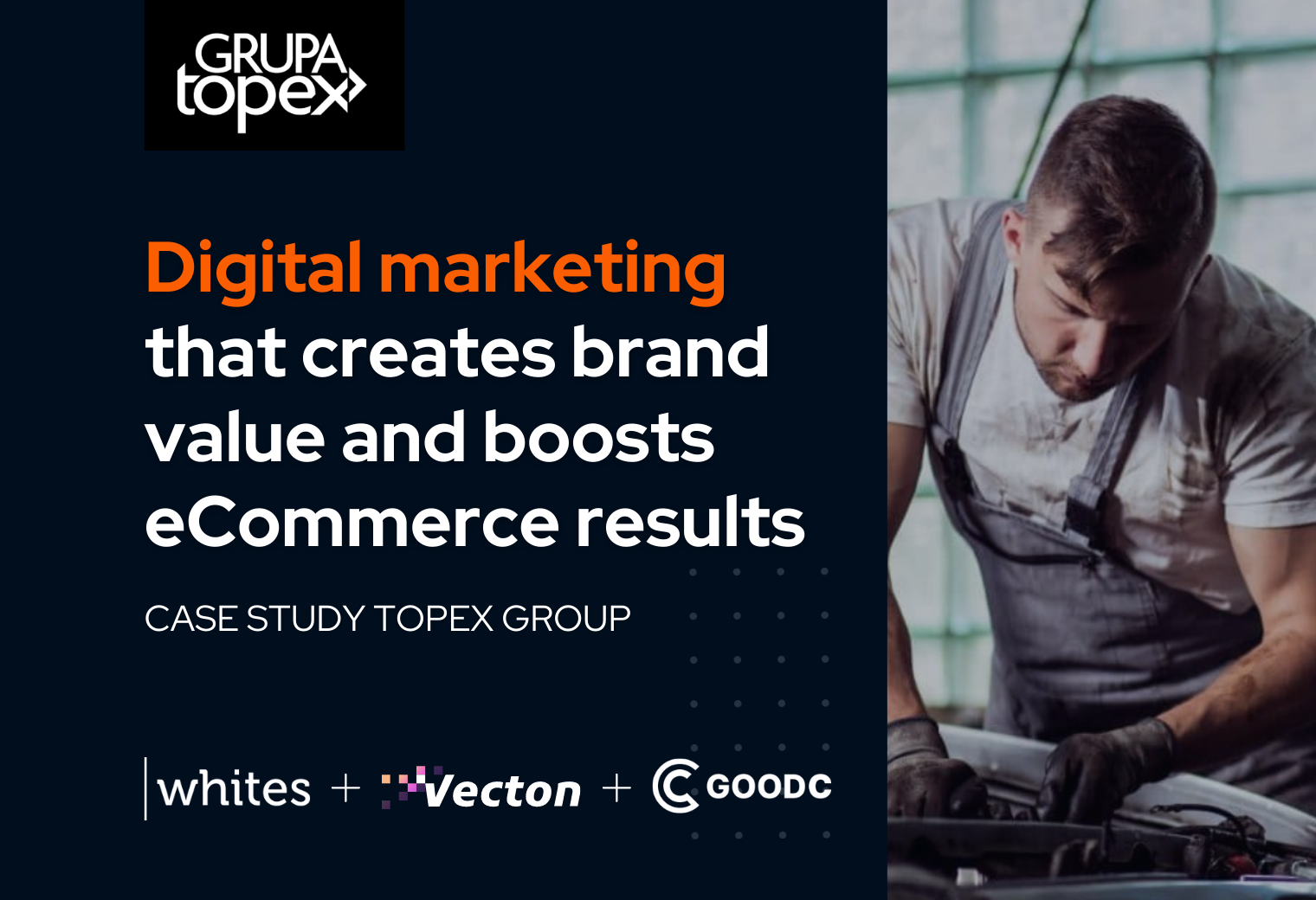